Have you ever been riding your bike up a steep hill and had someone fly by you like you were a tree sloth on Nyquil? Did they give a sheepish little sweat-free wave while you gasped for air? Unless you accidentally got sucked into the Tour de France peloton, that person was probably on an e-bike. To say that e-bikes are “exploding” might be vaguely troubling terminology, but it is the most accurate.

And aside from some early glitches with the Lyft e-bike fleet in San Francisco, it is only sales that continue to explode versus the bikes themselves. The New York Times reported in March of 2021 that “The market research firm NPD Group said sales of e-bikes grew 145 percent in 2020 compared to 2019, outpacing sales of all bikes, which were up 65 percent.”

This trend can be confirmed with a walk, stroll or roll on the VINE TRAIL. Chances are a good percentage of the bikes you’ll see have got an electric motor. For the uninitiated, there is a common misconception that e-bikes have a throttle and are more like a moped than a bicycle. The most common type of e-bike—a “class II pedal-assist” matches your input with a commensurate output. 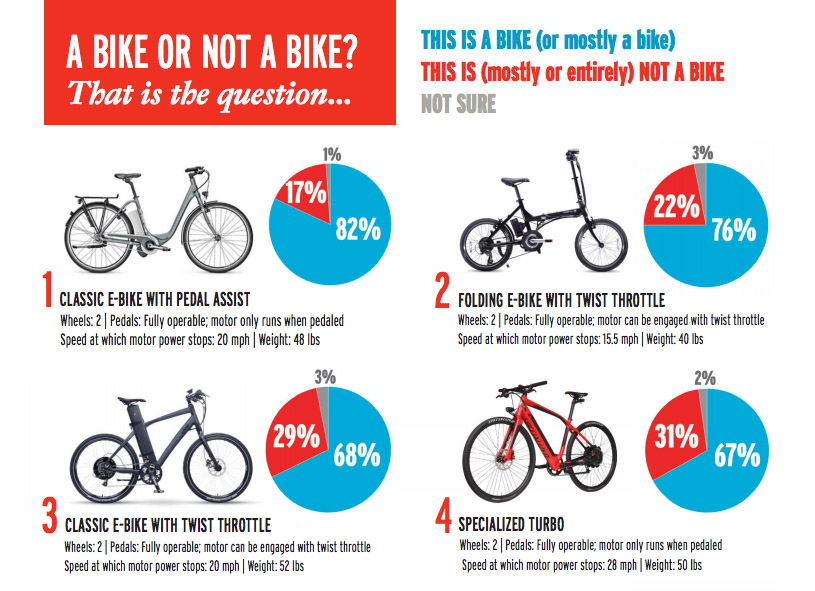 The harder you pedal, the more assist you receive. The technology, still improving every year with lighter, cheaper, longer-lasting batteries, is impressive. Most who ride an e-bike for the first time are surprised by the simplicity, the intuitive nature and feel of it. And almost without exception, any first ride is accompanied by a childlike giggle in those first few pedal strokes.

Most e-bikes, from the grocery-getter to the sleek high-end road bike or full suspension mountain bike rig, have three modes - “eco” for the least amount of boost and the longest battery life, “trail” or “touring” for medium assist and medium longevity, and “turbo” for getting the drop on that guy up ahead who thinks he’s Lance Armstrong.

Among the points in favor of e-bikes, here is a partial list:

Some things to know about e-bikes and where you can (and cannot) ride them:

It is important to note that while Class I and II e-bikes that provide assistance up to 20 mph are allowed on the Napa Valley VINE TRAIL, most jurisdictions post a speed limit of 15 mph on multi-use pathways such as the VINE TRAIL. E-bikes are great fun, but as the “new kid on the block,” it is crucial that every rider be an “e-ambassador.” Use your bell or voice when passing slower users, slow down when passing, and be extra courteous.

While e-bike manufacturers and the bicycle industry at large have nominally recovered from supply-chain shortages and delays from the early days of the pandemic, constraints remain. These constraints coupled with the above-referenced 145% growth in sales mean that you still might have a long lead time for your new Gazelle, Van Moof, Trek or Specialized (to name just a few) e-bike, and with this much demand, prices remain high.

Bicycling Magazine’s “Best Value” entry level e-bike is the Aventon Pace 350 starting at $1,099, or you can snag a Specialized S-Works Turbo Levo mountain bike for a cool 12 grand. Either way, get ready to feel like a kid again, for that “WoooHooooo!!” to come rushing out of your smiling face as you pedal away from…well, everyone.

An Investment in the VINE TRAIL

The Fortinet Championship partners with the Napa Valley Vine Trail

Meet Our New Board Member

Making the Case for Bicycling and Walking Infrastructure

Ditch The Car For Your Feet Or Wheels

The VINE TRAIL Connects us to Each Other

Access to the VINE TRAIL will make your community more livable.