Funds raised are focused on building the next two sections of the trail: Vallejo to American Canyon and St Helena to Calistoga 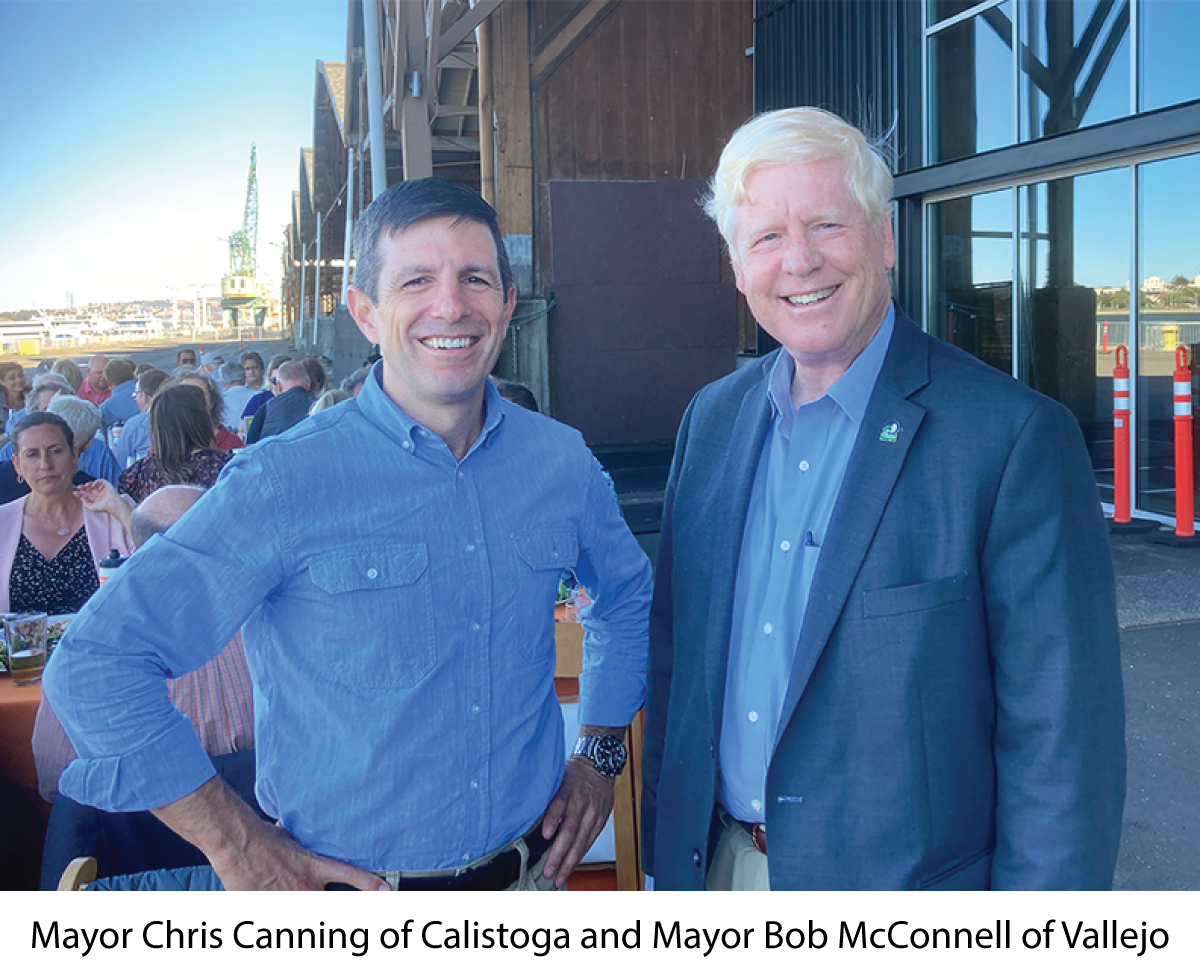 NAPA VALLEY, CALIF - June 28, 2021 - The Napa Valley Vine Trail Coalition hosted LOCO-MOTION Live!, a small-scale in-person event due to COVID-19 on Saturday, June 12 at the Mare Island Brewing Co. to celebrate the end of its Month of Movement Challenge as well as its online auction and fund-a-need. Attendees at the live event included Mayor Chris Canning of Calistoga, who also emceed the event, and Mayor Bob McConnell of Vallejo representing the “bookends” of the 47-mile trail.  Congressman Mike Thompson (CA-05), Napa Sheriff John Robertson, Napa County Supervisor Ryan Gregory, Napa Valley Transportation Authority Executive Director, Kate Miller, and many members of the Vine Trail Coalition Board were onsite celebrating loudly with cow bells as winners of the Month of Movement Challenge were announced. The LOCO-MOTION Live! program included special guests Joel Gott of Gott’s Roadside and Joel Gott Wines, Dr. Steven Herber of Adventist Health, and Joaquin Razo of Blues Zones who shared their inspired views on the value the VINE TRAIL brings to the Napa Valley community.

New to this year’s fundraising, the VINE TRAIL Month of Movement Challenge drew over 400 participants who cycled, ran, walked, hiked, and even walked their dogs in an effort to “move miles” and raise money. Twenty-seven teams participated with two teams fervently competing for the top fundraising spot. In the end, Silicon Valley Bank edged out the Fluggers Flyers/Clydesdales for “most monies raised” by a team at $27,476. The Fluggers Flyers/Clydesdales - a collective of local business leaders and winemakers - won the competition for “most team members” and for most miles of movement.. The top individual fundraiser was Steven Birer of the Silicon Valley Bank team, who raised $15,054. The winner of “most miles moved” was Tom Stepp who rode 2,088 miles on his bike in May. LOCO-MOTION Committee Chair Walt Brooks was thrilled with the results, celebrating at a watch party with his Fluggers Flyers/Clydesdale teammates. Full results of the Month of Movement Challenge can be viewed here.

LOCO-MOTION is the premier experiential fundraising event for the Napa Valley Vine Trail Coalition (NVVTC). 2021 partners Premier partners were Gott’s Roadside and RSA+ Family of Companies; Wellness partner was Adventist Health and Trailblazer partners were UBS Financial Services and Safe Harbor Wine Storage. NVVTC has committed to raise $4.1 million in private funds to match $16 million in federal, state, and local competitive grants funds for two new sections of trail: the Vallejo to American Canyon section slated for construction in 2022 and St Helena and Calistoga section slated for later this summer. This year’s Locomotion events raised over $400,000 towards fulfilling the NVVTC’s final funding pledge.  “Without these locally raised funds, the federal, state and local competitive funds would not be available. This public/private partnership is a model of collaboration with our public agency partners.” said Philip Sales, Executive Director of the Vine Trail Coalition.

There was also more good news to share that evening. Congressman Mike Thompson, a staunch supporter of the VINE TRAIL, was thanked by Vine Trail Coalition President Chuck McMinn for getting a $3 million earmark for the future Vine Trail section between Yountville and St Helena included in the House of Representatives’ Transportation and Infrastructure Bill. Although this legislation still has to pass both houses of Congress, the inclusion of a green infrastructure project like the VINE TRAIL is consistent with the goals of the Biden administration. The existing 12.5-mile section of the VINE TRAIL, open between south Napa and Yountville, had almost 523,000 uses in 2020.

Opportunities for funding the VINE TRAIL

WHY WE NEED THE VINE TRAIL

WINE WITH A CAUSE

HOW TO DOUBLE YOUR DONATION

WHAT ELSE IS HAPPENING?