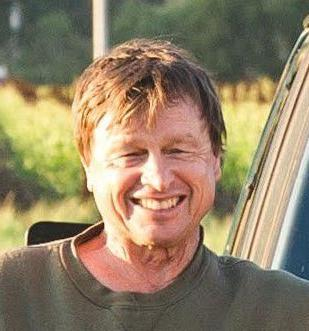 The Napa County Farm Bureau selected Peter Nissen as the 2019 Agriculturalist of the Year and Supervisor Alfredo Pedroza as the 2019 Friend of Agriculture. Peter Nissen has been a longtime Napa Valley Vine Trail Coalition Board Member.

Nissen and Pedroza will be honored at the Napa County Farm Bureau’s Annual Dinner on July 27 at Black Stallion Winery in Napa. The Agriculturist of the Year is honored for their notable contributions and work in Napa Valley agriculture and the Napa Valley farming community.

Nissen is a past president of the Napa County Farm Bureau and current director and treasurer on the Farm Bureau’s Board of Directors, where he has served for over 21 years. Nissen has continually demonstrated a firm commitment to sustainable agriculture in Napa, the Farm Bureau said in a news release.

After graduation from San Diego State University in 1973, he began work with Charles Krug Winery in vineyard development. He then started his own vineyard management business, Nissen Vineyard Services Inc., in 1978. He currently farms over 1,100 acres in the North Coast and also supplies labor to other farming operations.

“Peter is a distinguished leader of the Farm Bureau and has consistently been a leader in our community for over 40 years. His dedication to ensuring a thriving agricultural community in Napa is often times unmatched and he is very deserving of this award,” said Johnnie White, president of the Napa County Farm Bureau.

The Bureau picked Pedroza as this year’s Friend of Agriculture, saying he had distinguished himself as one of Napa County agriculture’s greatest champions, especially during hard-fought policy battles over the last year.

He has continually demonstrated a solid understanding of what members go through on a daily basis when it comes to the county’s regulatory framework, and makes agriculture a top priority by always listening to concerns and proposing common-sense solutions, the Bureau said.

Pedroza is a lifelong Napa resident and current District 4 Supervisor. The son of a farmworker and with members of his family working as Napa County farmworkers to this day, he was appointed to represent the 4th District on the Board of Supervisors by then-Gov. Jerry Brown on Dec. 29, 2014. In the June 2016 primary election, he won election to a full, four-year term.

He was previously a member of the Napa City Council. First elected to the City Council in 2012, he was the youngest and first Latino Council member ever elected in the city.

THE VINE TRAIL HELPS US TO STAY HEALTHY

GLIMPSES OF THE FUTURE

Your Donation Dollars at Work

Beautiful February Day For Walk With A Doc

Vine Trail Clean-Up and Coffee On The Trail